The Sinking of El Faro 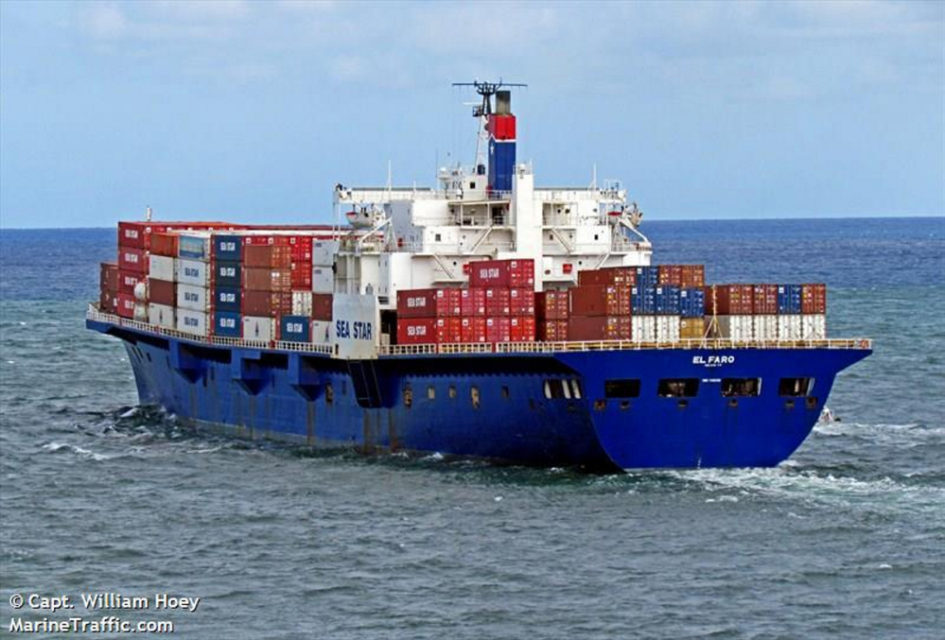 On December 12, 2017, the National Transportation Safety Board met to present its findings and proposed recommendations related to the sinking of the U.S. cargo ship El Faro.

The 790-foot El Faro sank about 40 nautical miles northeast of Acklins and Crooked Island, Bahamas, on October 1, 2015 while en route from Jacksonville, Florida to San Juan, Puerto Rico.  The sinking claimed the lives of all 33 people on the ship, making it the “deadliest shipping disaster involving a U.S.-flagged vessel in more than 30 years.” [i]

The disappearance of the El Faro as it neared the eyewall of Hurricane Joaquin triggered an extensive search conducted by NTSB investigators, U.S. military and federal- and private-sector partners.   The El Faro’s hull and a related debris field were located on the sea bottom 30 days after the sinking, and the ship’s voyage data recorder was retrieved from a depth of more than 15,000 feet.

The loss of a relatively modern U.S.-flagged oceangoing vessel in the 21st century while approaching an intensifying named hurricane caused many to question whether the ship may have encountered a “rogue wave” or suffered catastrophic structural damage.  Questions were even raised as to whether the ship should have sailed from Jacksonville under the circumstances.  An Executive Summary of the NTSB’s forthcoming report was released on December 12 and, although not yet final, it offers a clear explanation of what actually occurred and puts much of this speculation to rest.

Much of the blame for the sinking is directed at the Captain’s inexplicable decision to sail directly into the path of the Hurricane, a decision apparently made while he consulted outdated weather forecasts and ignored junior officer recommendations regarding available routing alternatives.[ii]   That decision put the ship into a position of peril where other, nearly-simultaneously-occurring hazards caused the ship to sink.  “In the last few hours of the voyage, the crew struggled to deal with a cascading series of events, any one of which could have endangered the ship on its own.”[iii]

As El Faro approached Hurricane Joaquin, increasing winds on its beam caused the ship to take on a significant list.[iv]  Openings on a partially-enclosed deck in the ship’s hull allowed seawater to enter and then pour through an open hatch into a cargo hold – despite watertight and weathertight ventilation closures which “most likely remained open throughout the sinking sequence.”[v]  As the hold filled with seawater, automobiles broke free of inadequate lashings and likely ruptured a fire main.[vi]  Resulting flooding overwhelmed the design capacity of the bilge pumps and compromised the ship’s stability.[vii]

The listing ship ultimately lost oil pressure, causing a shutdown of the main engine.[viii]   This likely resulted from inadequate lube oil level in the main oil sump, and entry of air into the suction pipe bellmouth of the lube oil service pump.[ix]

In sum, “[a]lthough El Faro and its crew should never have found themselves in such treacherous weather, that ship was not destined to sink.”[x]  However, the “lack of an approved damage control plan that would have assisted the crew in recognizing the severity of the vessel’s condition and in responding to the emergency” were identified as contributing to the vessel’s loss.[xi]  The failure to comprehend the circumstances being faced, or how they could have been dealt with, allowed the events to simply run their course, with predictably tragic results.

At the December 12, 2017 Public Hearing, the NTSB issued 53 distinct recommendations aimed toward decreasing the likelihood of similar tragedies in the future.  Ten recommendations are directed to TOTE Services, Inc., operator of the El Faro.  The remaining recommendations were made to Furuno Electric Company (manufacturer of Global Maritime Distress and Safety Equipment used aboard the El Faro), to the U.S. Coast Guard, the Federal Communications Commission, the National Ocean and Atmospheric Administration, the American Bureau of Shipping, and to the International Association of Classification Societies.[xii]

The breadth of failures, on multiple levels, which ultimately led to the tragic sinking of the El Faro presents numerous lessons for all maritime industry stakeholders.  All such stakeholders would be well served by familiarizing themselves with how such a devastating financial and personal loss could have been prevented.

[xii] These recommendations are preliminary, but were “extracted” from final revisions to a forthcoming final report on the El Faro sinking.  NTSB [Preliminary] Synopsis of Findings, Introduction.