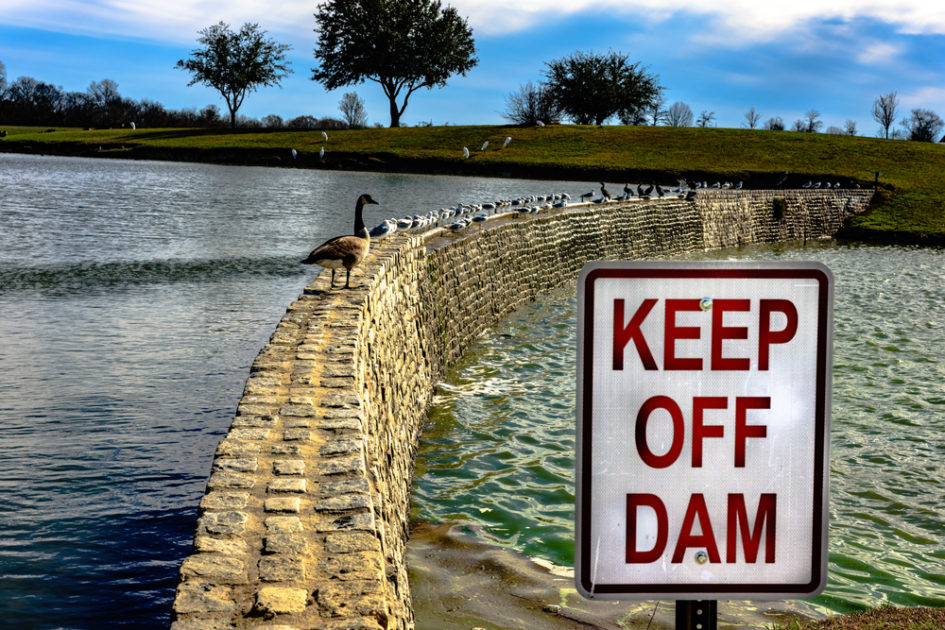 Geraldine Davidson, a real estate broker in Illinois, sold a home to Dr. William and Wendy Dribben in 1999, in the same development where Mrs. Davidson and her husband lived.  The development contained an artificial lake, which was created by a dam located on the Dribbens’ property.  In 2006, the Dribbens filed a lawsuit against Mrs. Davidson alleging that she had failed to disclose that the original developers for the property had never obtained a permit to build the dam.  Mrs. Davidson tendered the 2006 suit to her professional liability insurer, Diamond State Insurance Company.  The Diamond State Policy provided coverage for the period October 2005 through November 2007 for claims first made and reported during the policy period for “wrongful acts arising out of the performance of professional services of others.”  The Diamond State Policy defined “wrongful acts” as acts, errors or omissions arising out of Davidson’s services as a real estate broker.  Diamond State agreed to defend Mrs. Davidson in the 2006 suit under a reservation of rights.

The 2006 suit was ultimately arbitrated with a finding in favor of Mrs. Davidson, but her dispute with the Dribbens did not end there.  In 2011, the Dribbens filed a second lawsuit against Mrs. Davidson and her husband, alleging that they engaged in a pattern of harassment, intimidation, and interference with the Dribbens’ property rights, including spreading rumors about Dr. Dribbens and posting offensive signs.  The Davidsons tendered the 2011 suit to Madison Mutual (“Madison”), which agreed to defend the Davidsons under their homeowner’s insurance and umbrella policies.  Madison subsequently filed a lawsuit against Diamond State seeking reimbursement for the costs Madison had incurred defending the Davidsons.  Madison claimed that the factual allegations in the 2011 suit supported a potential claim against Davidson for her real estate broker services.  Accordingly, Madison asserted that the 2011 suit was related to the 2006 suit and should therefore be deemed a Claim first made in 2006, during the Diamond State policy period.  Diamond State maintained that the 2011 lawsuit was not covered under the Diamond State Policy because the 2011 lawsuit did not involve Mrs. Davidson’s services as a real estate broker.

The Court rejected Madison’s argument that the 2011 suit’s allegations that the Davidsons breached their duty of due care related to Mrs. Davidson’s professional duty as a realtor.  Rather, the court found that those allegations only illustrated that Mrs. Davidson should understand better than anyone the duty to act as a reasonable neighbor.  The Court also disposed of Madison’s argument that the factual allegations concerning Mrs. Davidson’s failure to disclose the lack of permit could support a claim against Mrs. Davidson in her capacity as a realtor.   The Court reasoned that the factual allegations in the complaint controlled only to the extent that they point to a theory of recovery.  As the factual allegations concerning Mrs. Davidson’s role in selling the property to the Dribbens only provided explanatory background for the Davidsons’ alleged harassment, and did not point to any theory of recovery for Mrs. Davidson’s breach of her professional obligations as a realtor, Madison’s position was unavailing.  Accordingly, the Court concluded that the 2011 suit did not assert, or potentially assert, a claim that was plausibly within the Diamond State Policy’s professional liability coverage, and Diamond State therefore had no duty to defend Ms. Davidson in the 2011 suit.